We guarantee customer satisfaction. In the unlikely situation that you are not happy with our job we will re-attend and rectify the item requested. If this cannot be achieved to your satisfaction we will refund you the value of this work.

This building was Queensland State Office of a large Multi-National manufacturer and retailer. Due to air conditioner system, the particle timber floor including a mezzanine above the 1st level developed conditions favourable for mould germination. Commercial Property Company sought services from an International Risk Management organisation with expertise in mould to develop a contract of works and requirements to be adopted for handling mould contaminated material/remediation employing methods in accordance with S520 IICRC Professional mould remediation (building was 2,747 cubic meters).

Moisture Control Services (MCS) in close association with a local Building Firm developed a scope of works which included removal/storage of all contents, disposal of all ceiling tiles, means of protecting carpet on ground level, removal/replacement of floors and mould remediation while at the same time allowing the continuous operation of the State computer server room where controlled air temperature was required. 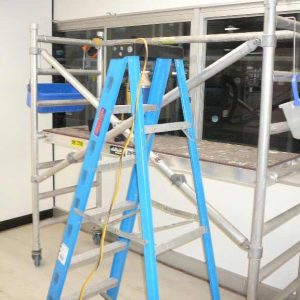 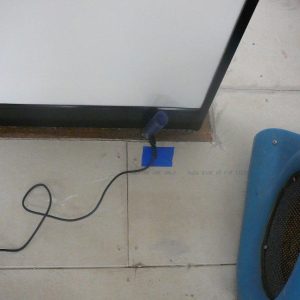 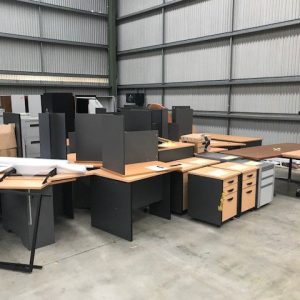 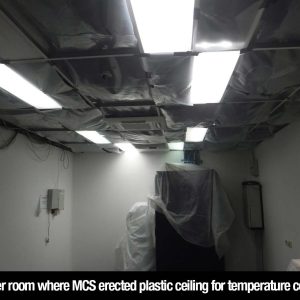 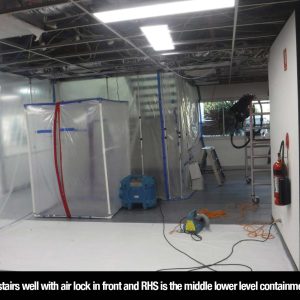 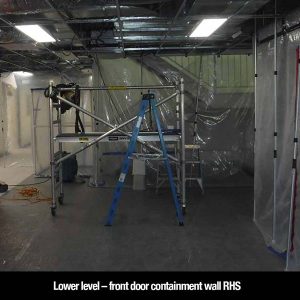 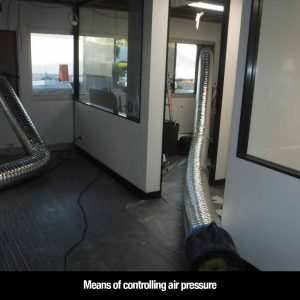 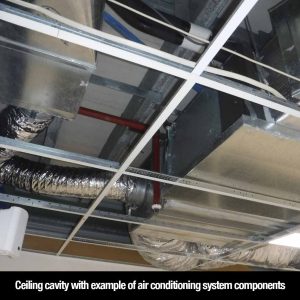 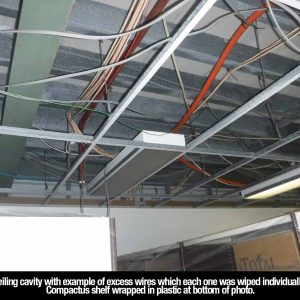 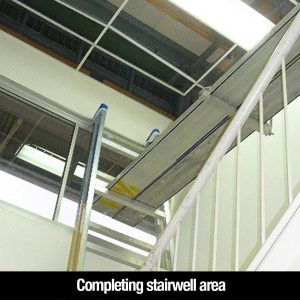 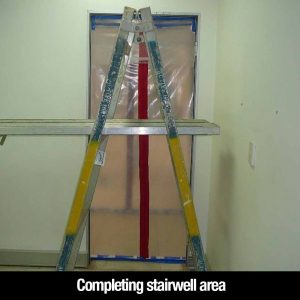 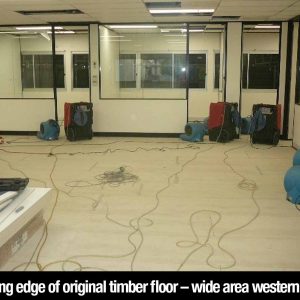 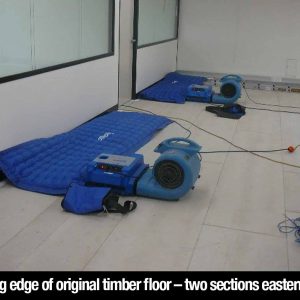 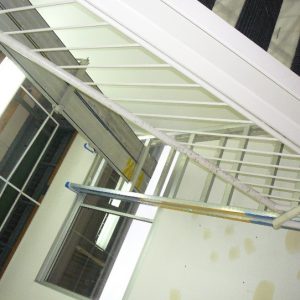 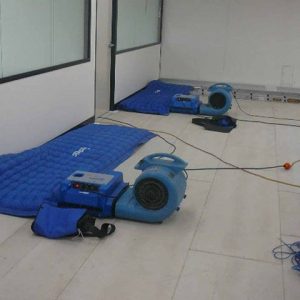 Contract of works stated negative air pressure was needed to prevent cross contamination however upon detailed inspection it revealed that the upper walls on one end of both floors were left open (end of building is actually inside the warehouse but a gap exists between warehouse wall to that of the office). 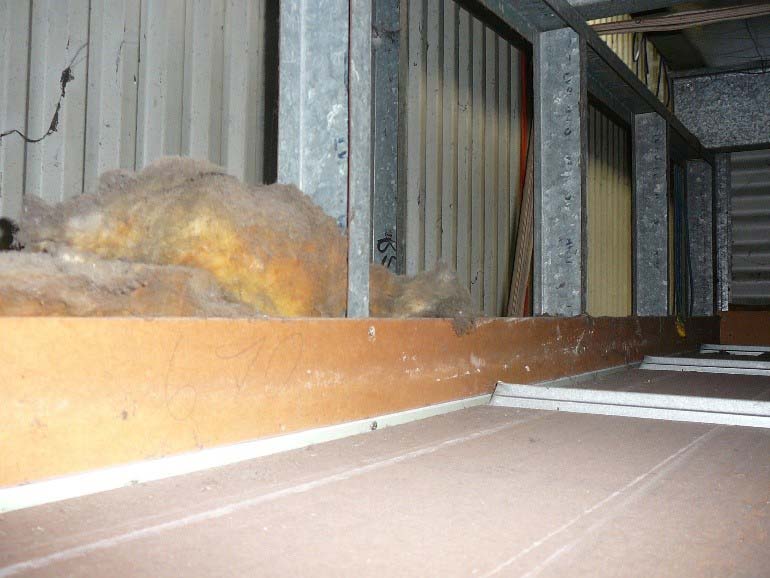 Other issues existed that needed to be considered included:-

Work was staged so that after each section was remediated by MCS, the Builder could commence installing ceiling tiles and new carpet (where applicable) which allowed for the project to be completed on time.

MCS investigated best means to reach and treat ceiling cavity area and decided upon using a mini Zippy-Scaff. This allowed MCS to treat approximately 1.5 to 2sqm area at a time depending upon air conditioning system elements above. Solutions used for mould cleaning were attached at each end of the zippy-scaff with HEPA vacuum in the corner. This allowed MCS to complete entire section at once as per work contract. MCS also extended length of the HEPA vacuum hose to assist in reaching the above area which was wide and long metal ducting.

Work contract included treating ceiling cavity area however when the mezzanine floor was removed, debris fell through onto the first level and the same occurred to the ground level when removing the floor above. Consequently, at completion of cavities all walls, windows and floors needed to be treated as well.

When Builder removed the particle timber floor, it had to be cut out around existing fixed walls where small section of the original board was left in place. The Risk Manager handling this job advised that two sections on the eastern side and majority on the western side has retained moisture and needs to be dried. For the Eastern side sections, heat mats were used and for the western side due to the wide area. Dehumidification was used at first and heat mats on the last sections. MCS took moisture readings and forwarded these to the Risk Manager until it was sufficiently dried.

It was considered wise to treat all contents that was being stored in open area of large warehouse and for all fabric chairs to be disposed. This as well as timber floor drying were variations to the quoted project.

The Risk Manager attended site several times during this project to take combination of surface and air samples to ensure the conditions were back to normal mould ecology before various containment walls were removed. MCS in all cases achieved the desired outcome and 100% of all surface samples taken endorsed effective treatment adopted by MCS.

Return to Our Work Gallery